Time’s up for deployment. However, the hydrogen industry still needs to overcome some hurdles. Innovation is the key to foster the development, with the help of start-ups, a cooperation between large companies, SMEs and public research.

This webinar discusses all aspects of innovation (storage, integration of components and production of green hydrogen).

Hosted by Laurent Meillaud with a Q&A session in English 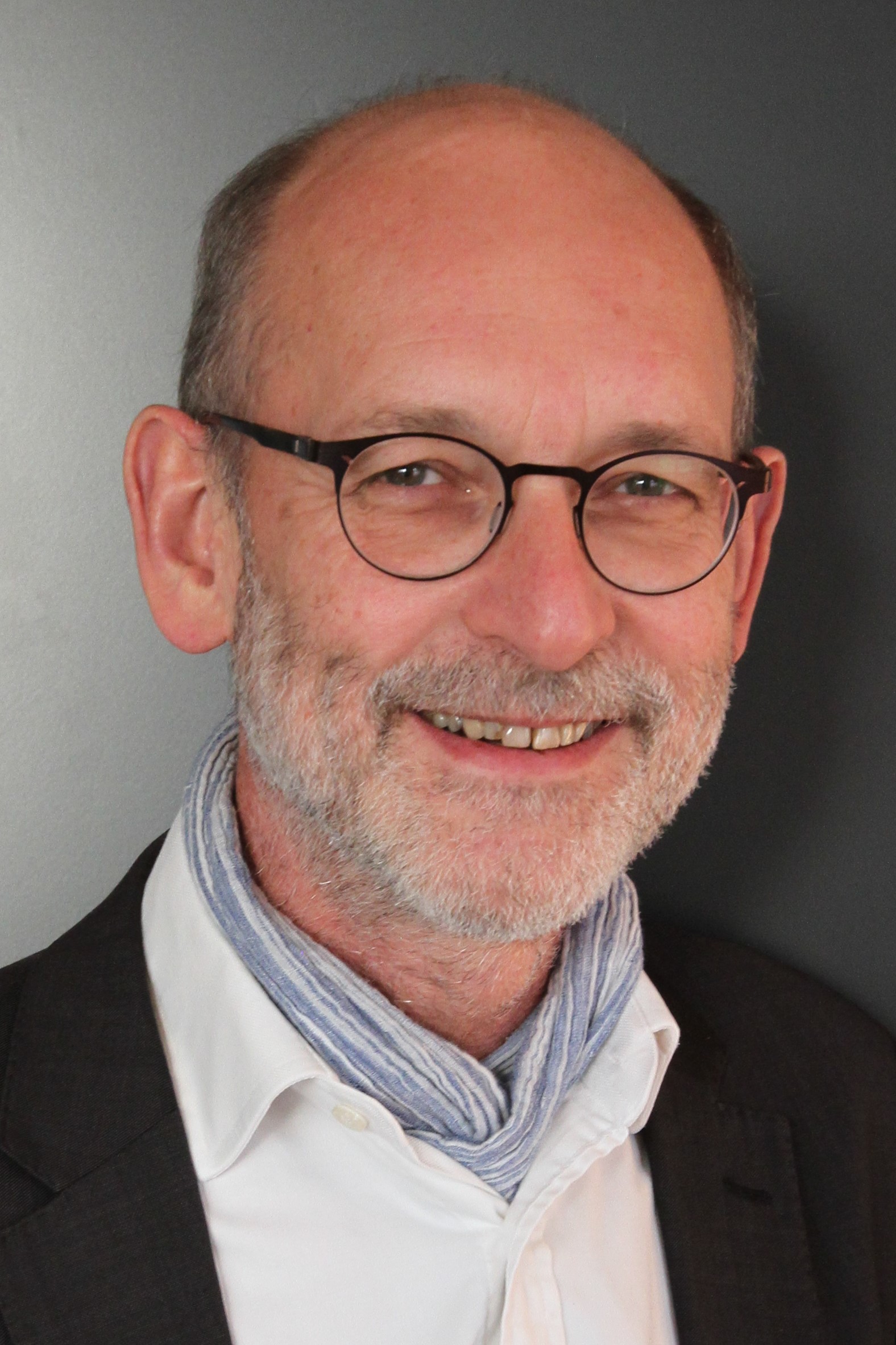 Frederic Charon is Group Technology Director since 2020. He was previously Technology Strategy Manager since 2011. Under the authority of Christophe Aufrère, Senior Vice President Group Chief Technical Officer, he is in charge of anticipating the evolutions of the automotive/mobility industry, assessing and defining the key technologies which Faurecia will address in the future. He is in charge of the Corporate Open Innovation network and managing the Experts network in Faurecia.

Prior to his current position, he spent 20 years within Faurecia in different positions in Product Planning, Sales and Marketing.

Since January 2021, and on top of his functions in Faurecia, he is Chief Executive of the SIA, the French Society of Automotive Engineers.

He is member of the CRA (French Committee of Automotive Research), MovinOn advisory board and Industrial strategic committee of engineering school ESTACA. 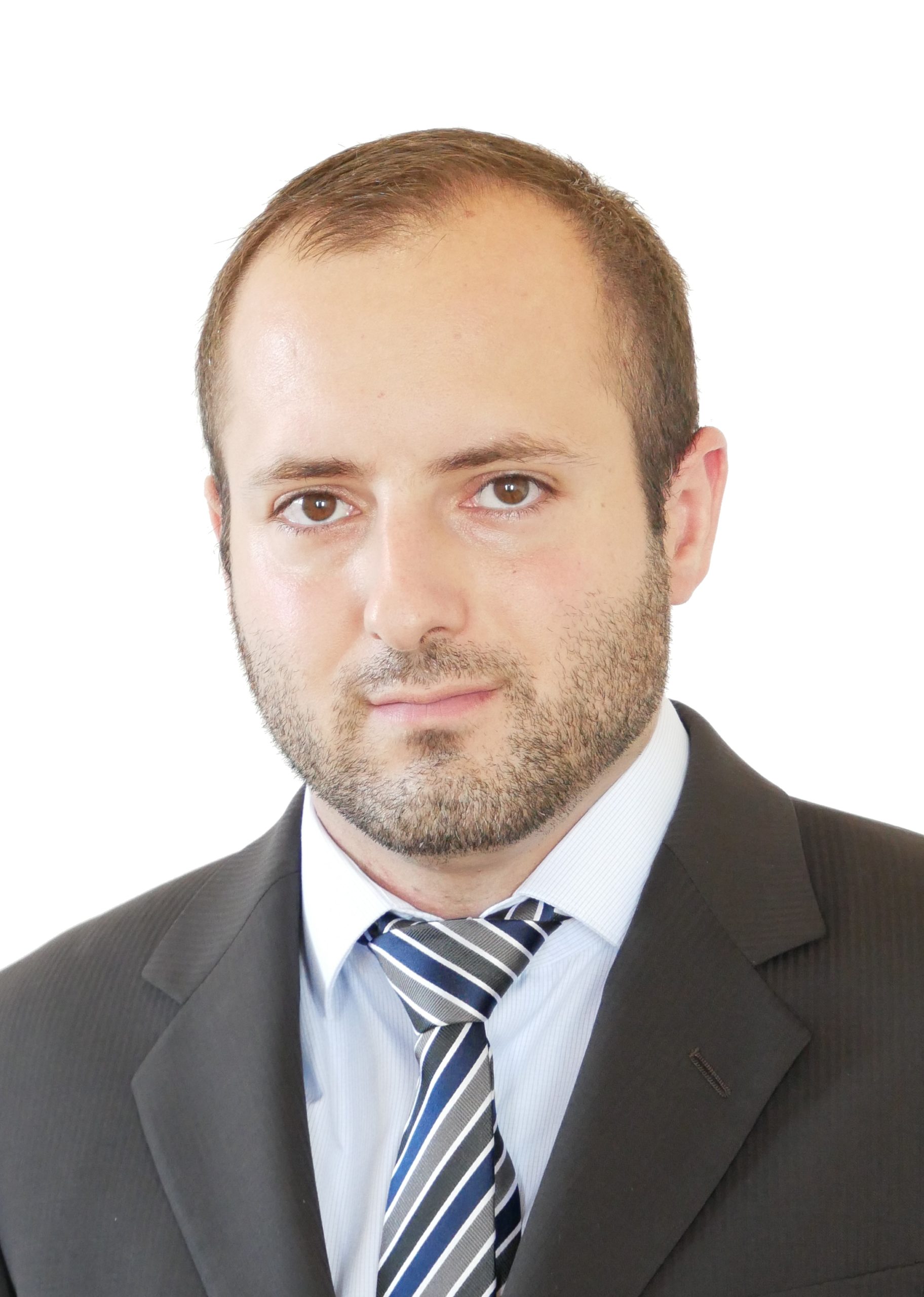 Engineer graduated in 2008 from ENSAM ParisTech, Arthur Leroux began his career in the management of innovation projects at Bertin Technologies. His wish to get off the beaten track and his entrepreneurial spirit prompted him from 2009 to join forces with Antonin Pauchet and Nicolas Goubet, from the same class, and to put their skills at the service of the ecological and energy transition. The adventure begins in 2011 where the three accomplices invest full time in the research and development of innovative micro-turbines that recover the fatal heat in order to transform it into electricity. Four years of research from 2015 onwards allowed a green, compact and made in France product to be marketed, and the same year to be French Tech ambassador for the COP21 and winner of the “CleanTech” competition awarded by the Minister of the Economy Emmanuel Macron. In 2017, the Company was awarded the Deloitte Technology Fast 50 award because it is the French “CleanTech” with the highest growth rate in its turnover. Shortly after, the Faurecia group invested in the capital of ENOGIA, which began to transpose its expertise to the field of green hydrogen, by developing innovative compressors for fuel cells.
The aspiration of the management team is to bring clean energy generation solutions to the market, but also to prove that, thanks to breakthrough innovation and the liberated company, French Industry is competitive. , including for export! 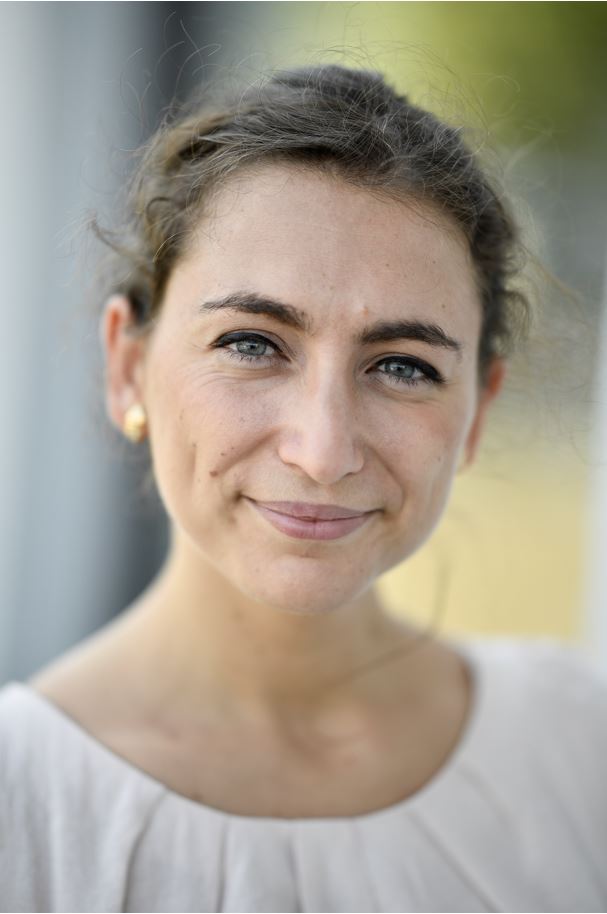 Alessandra BARBA joined ENGIE Group in 2011 as a research engineer in gas processing and flow assurance within ENGIE Lab CRIGEN, the corporate research center of ENGIE. In 2014, she became project manager with the dedicated mission to ensure the sustainability of gas facilities as well as enhancing the performances of gas treatment on underground gas storage sites. Two years later, she took the coordination of the R&D GAYA project, being responsible for conducting the technical research program as well as coordinating the research partners.

In 2019, she became Lab manager and as such, she is dedicated with her team to create the technical and economic conditions to support ENGIE in its objective to reach 100 % of green gas in 2050.

She is graduate of ENSIC – Nancy’s process engineering school – and holds a Master degree in Physics & Environment at Paris XI University. 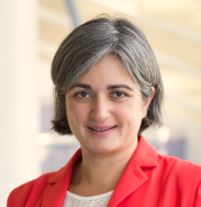 Secil Torun joined ENGIE in 1997 to work on topics related to natural gas infrastructures (transmission pipelines and liquefied natural gas ‘LNG’).  After having co-built Elengy regasification terminals’ business plans and prepared their revamping programs, she joined as team leader LNG department at CRIGEN (Center of Research and Innovation for Gas and New energies) and was afterwards LNG & LPG Research Program Manager.  She was Chairman of GIIGNL Technical Study Group and of BNG282, representative for France at ISO LNG Group.

She came back at ENGIE LAB CRIGEN in 2018 as Hydrogen lab team leader supervising her collaborators’ research activities all along the hydrogen chain and coordinating R&D developments on this topic.

Secil is a mechanical engineer graduated from Ecole Nationale Supérieure de Techniques Avancées de Paris. She holds a master in industrial organizations from Paris-Dauphine University. She is Scientific Council’s Member of Principia and H2SITE companies. 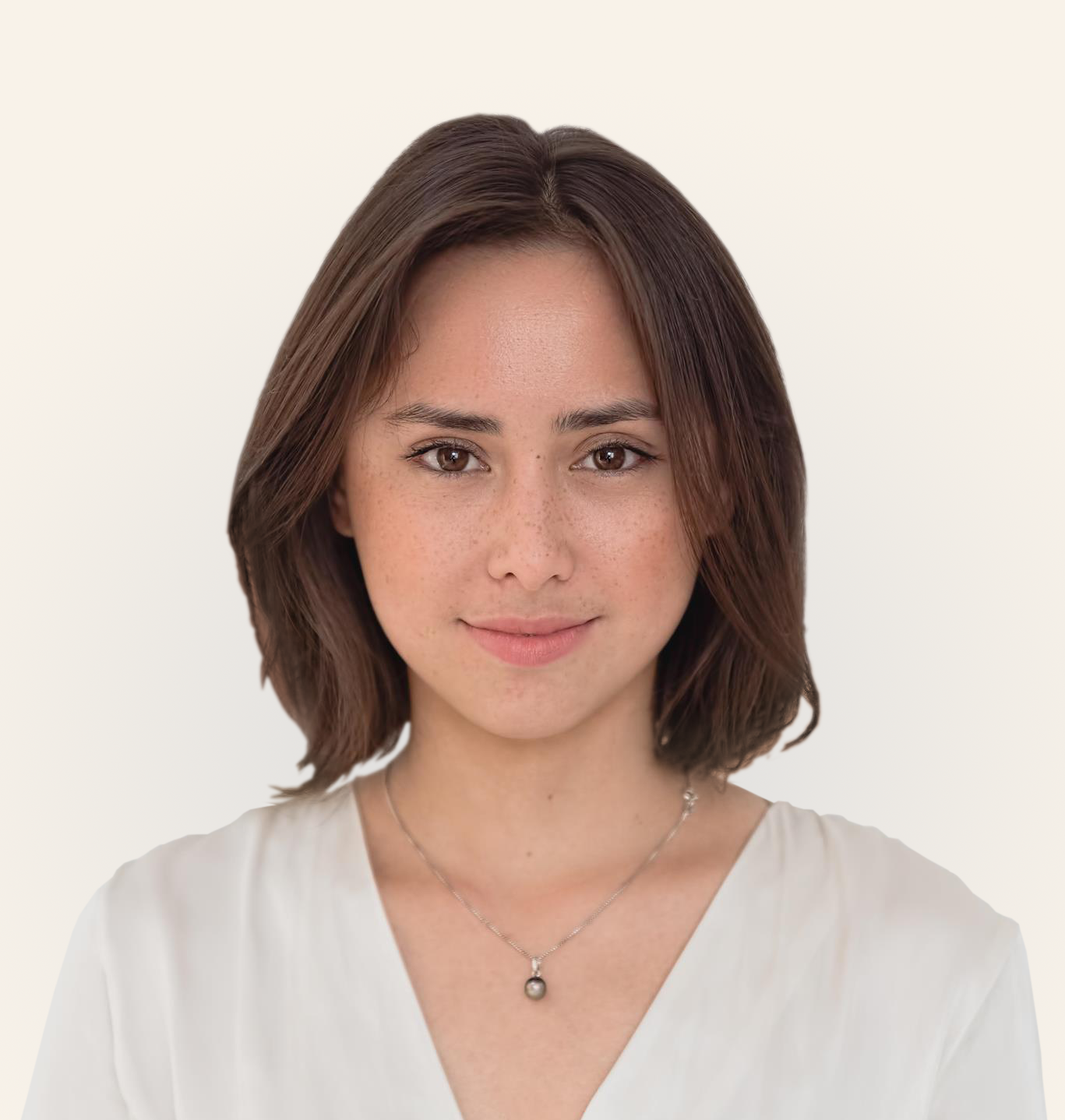 Vaitea Cowan believes green hydrogen is the future of energy. After being named “Women Leader” in the World Bank Intern Program, and winning case competitions in University, she moved to Thailand. She met her cofounders in Chiang Mai and helped make the Phi Suea House a communication and collaboration platform for hydrogen in Southeast Asia. Shortly after, they cofounded Enapter, which scales the production of hydrogen generators. The team has grown from 11 to over 130 in 3 years. She has the clear intention of inspiring and hiring more women. She is on the Forbes Under 30 in Energy 2020 list, and has won several awards for Enapter. Today she spearheads the communications efforts from Berlin. As a Pacific Islander, her personal mission is to provide clean energy independence to Polynesia. 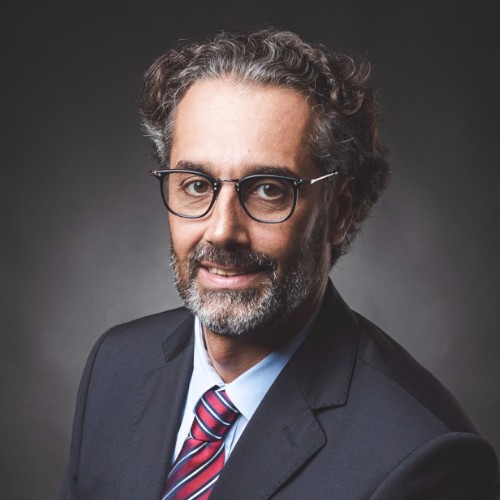 Director of Business Development and Marketing

Olivier DHEZ is Director of Business Development and Marketing at Hydrogen-Refueling-Solutions. He has developed expertise in innovation management, product development and business development. He worked for over a decade at ISORG as R&D program manager in the field of image sensors and photodiodes, and as business development manager in the biometrics and X-ray markets. He was also manager at the European Synchrotron Radiation Facility, one of the world’s largest producers of synchrotron light. He founded a start-up company to market the developments made during his research works He holds a doctorate in chemical physics from the University of Bordeaux I, and also an MBA in Technology Innovation Management from the Grenoble School of Management. He has published more than 20 articles in international scientific journals. 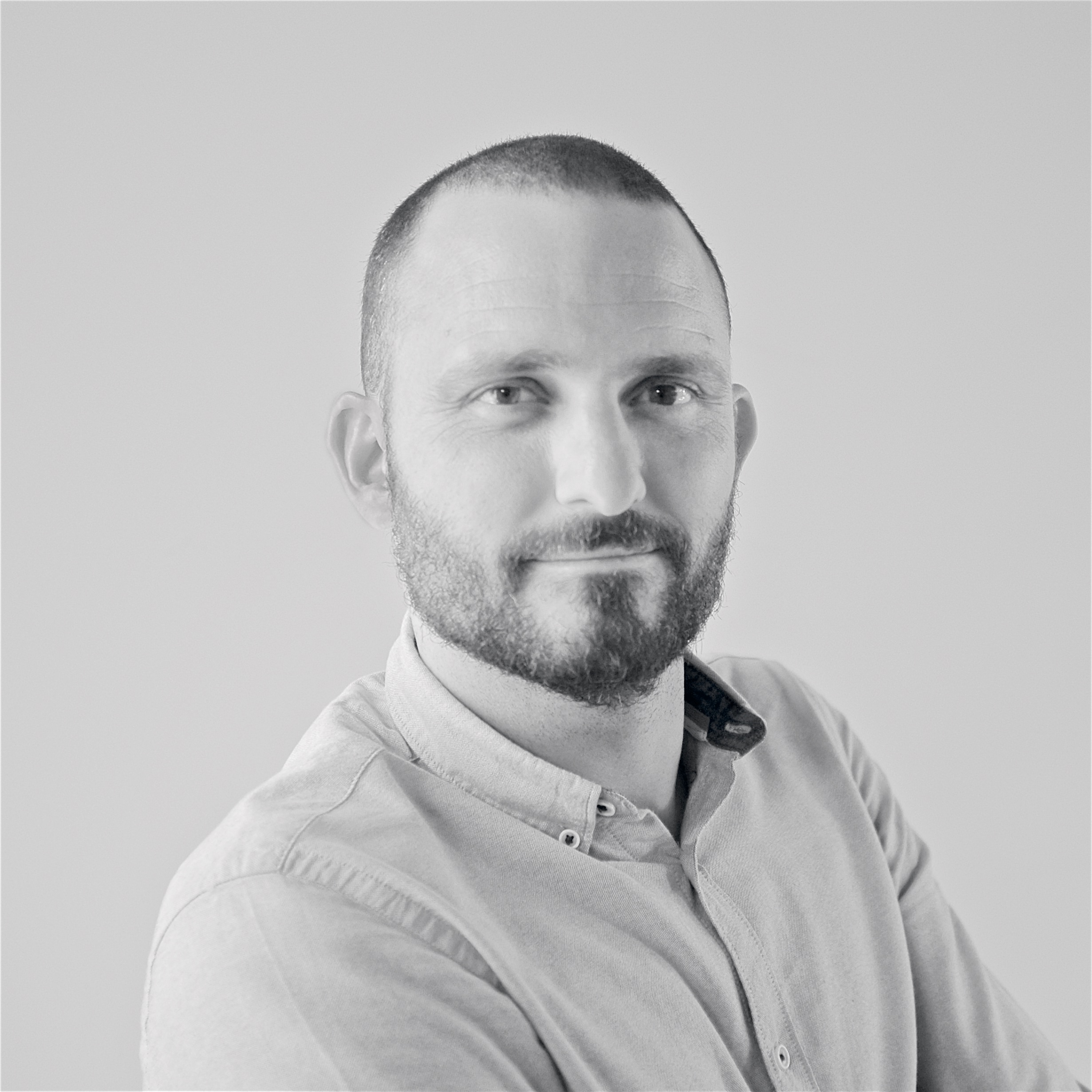 Pierre Emmanuel holds a Bachelor of Science and a Master degree in Biotechnology (Aix-Marseille University -France) with a minor on Project Management. He is Graduated from IAE Aix en Provence (France) and NCSU (USA) in Innovation (Master of Global Innovation Management). After several experiences in major companies, he co-founded HySiLabs in 2015 . HySiLabs developed an innovative solution to facilitate hydrogen transportation and storage, by charging and releasing hydrogen in a unique liquid carrier. HySiLabs’ innovations have the potential to remove all barriers hindering hydrogen solutions’ deployment by tackling safety, regulations and supply chain issues. This will facilitate the integration of hydrogen with high potential in the energy transition (industry and transport sectors). He is now the CEO of HySiLabs and in charge of its deployment with major players. 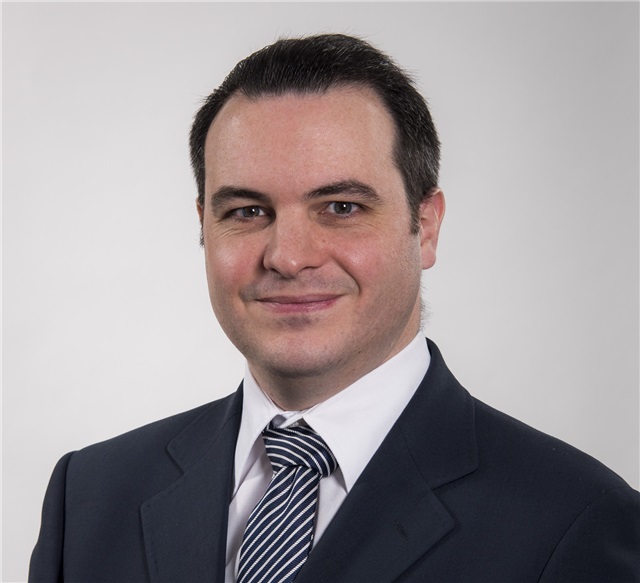 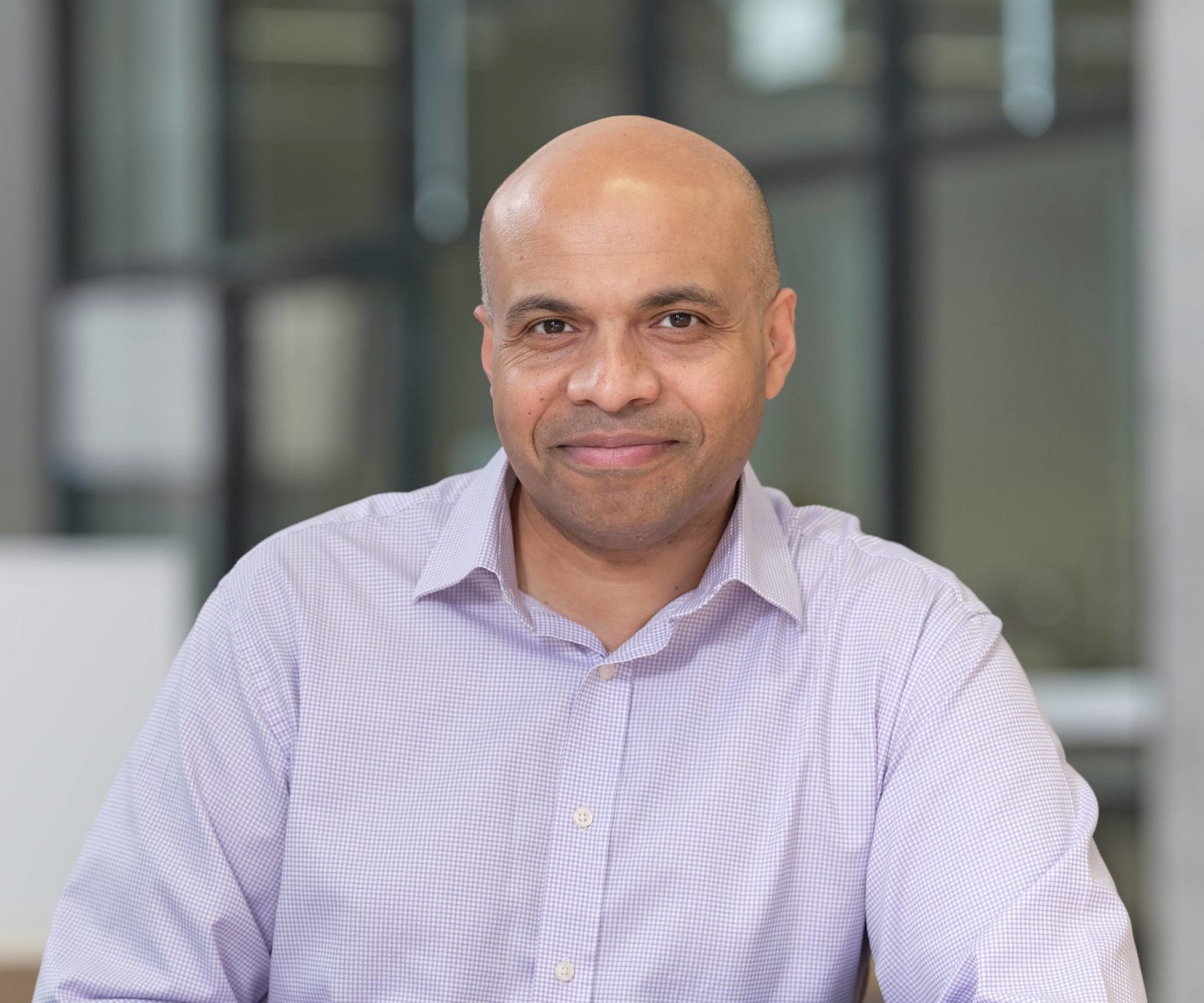 Prof Francois Aguey-Zinsou is heading the MERLin research lab at UNSW Sydney. Francois is an expert in hydrogen technologies. His group has been working for many years on the properties of light metals and their hydrides for hydrogen storage application and commercialization. He is also developing novel technologies for enabling novel fuel cell architectures and advanced catalysts for hydrogen combustion. Francois Aguey-Zinsou is director of the Australian Association for Hydrogen Energy, Vice-President of the Australian French Association for Research and Innovation, Co-director of the Australian-French Research Network FACES and the ARC training Centre for Hydrogen GlobH2E. He is also co-founder and CTO of several start-ups. 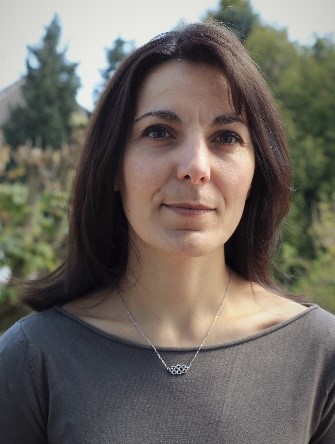 Dr Annabelle Brisse, senior researcher at EDF on hydrogen and its applications since 2018 and in charge of managing research activities on hydrogen mobility since 2019. After obtaining her PhD in electrochemistry from Josef Fourier University (Grenoble, France) in 2006 for her thesis work at CEA she joined EIFER as R&D project manager on hydrogen production by electrolysis where she developed the activity between 2008 and 2018 from hydrogen market analysis to demonstration projects in industry and mobility. She also developed laboratory testing activities on high temperature electrolysis, co-electrolysis and reversible systems and led EIFER’s contribution to French, German and European publicly funded collaborative projects. She supervises several theses and has published more than 46 articles in peer-reviewed journals, several book chapters, and is the author of 2 patents. 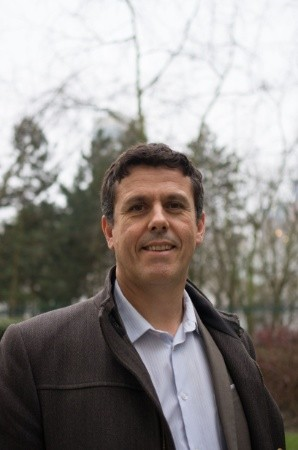 A graduate of the Ecole Nationale Supérieure de l’Aéronautique et de l’Espace (Sup’Aéro, Toulouse), Frédéric DEJEAN has been with the EDF Group for over 25 years. After completing his National Service as a research worker at the Athens University of Technology (Greece), he began his career at EDF’s Studies and Research Department where he worked as a research engineer on various development projects in the fields of energy production.

In 2002, he joined the Development Branch of the EDF Group and took part in setting up new activities in the fields of renewable energies and energy efficiency. In 2004, he took part in the creation of an EDF Group subsidiary, Everbat, specialising in energy efficiency in buildings, and took charge of the Technical and Operational Department. In 2009, he participated in the integration of this activity within Optimal Solutions, an EDF subsidiary developing energy efficiency solutions for the industrial sector. As Technical and Major Projects Director, he set up the technical and operational resources needed to deploy the first energy performance contracts and participated in the implementation of the first eco-neighbourhoods in France. In 2015, the subsidiary became part of the Dalkia Group. He then took up the position of Director of Operations at Optimal Solutions where, for another three years, he took part in deploying energy efficiency in all sectors of the economy.

It was therefore only natural that in October 2018, Frédéric DEJEAN joined EDF’s “New Business Division” in order to participate in the creation in early April 2019 of Hynamics, a subsidiary in charge of developing the EDF Group’s new business as a low-carbon hydrogen producer. Since then, he has held the position of Chief Technical Officer at Hynamics in charge of engineering, construction, operation and maintenance of hydrogen production and distribution assets.

To go further, find interviews, presentations and the latest information from the H2 sector.