Ambitious plans have been announced by the EU and some countries such as Germany, France, Spain, Portugal… But, it’s not a top-down approach, rather a bottom-up movement. 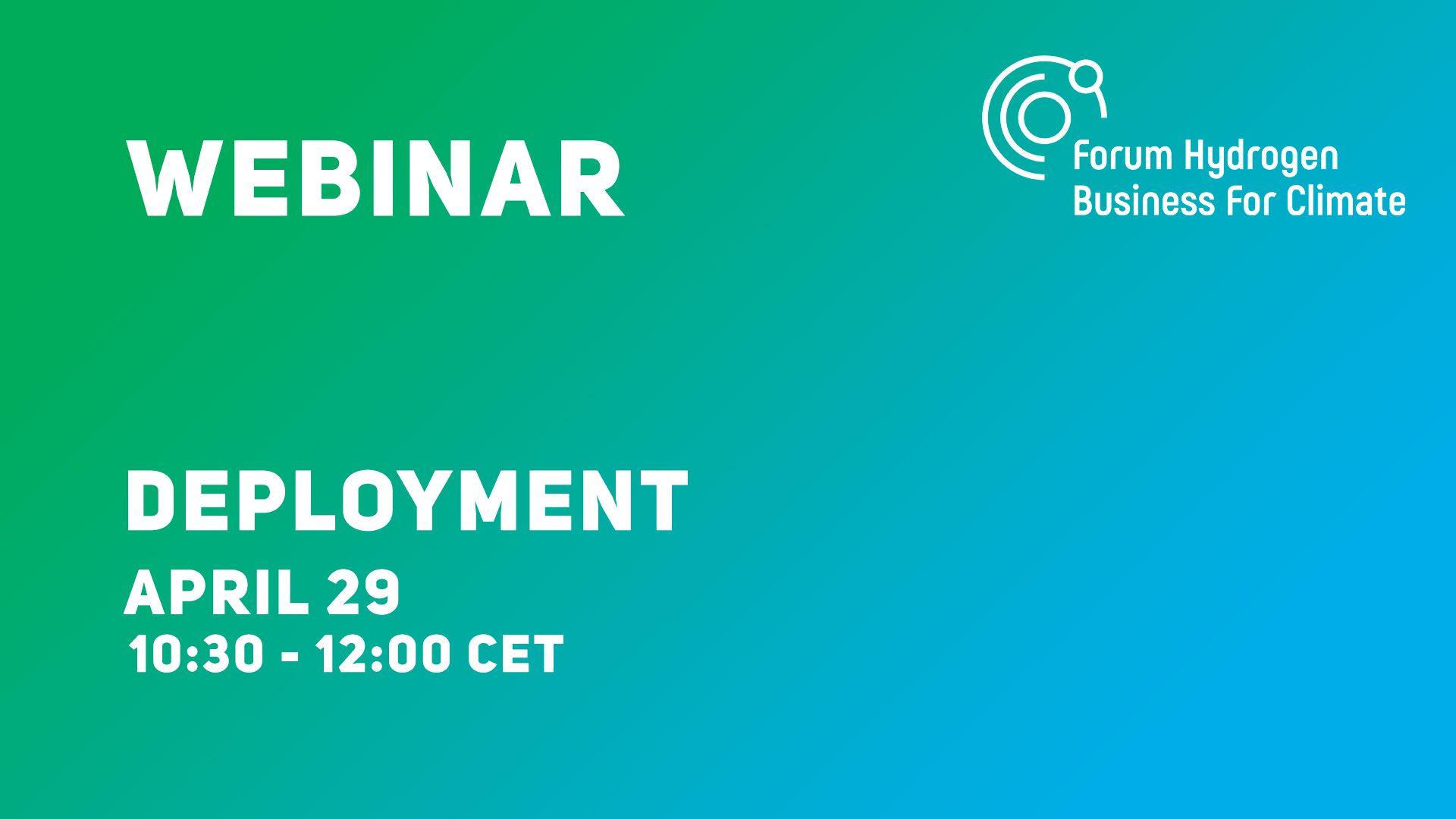 The revolution comes from cities and regions, with the willingness to deploy a local ecosystem in order to be carbon neutral. Territories plan at the same time production, distribution and use cases.

Hosted by Laurent Meillaud with a Q&A session in English

Bart Biebuyck is since 16th May 2016 the Executive Director of the Fuel Cells and Hydrogen Joint Undertaking (FCH JU), a public-private partnership aiming at facilitating the deployment of fuel cells and hydrogen technologies in Europe. 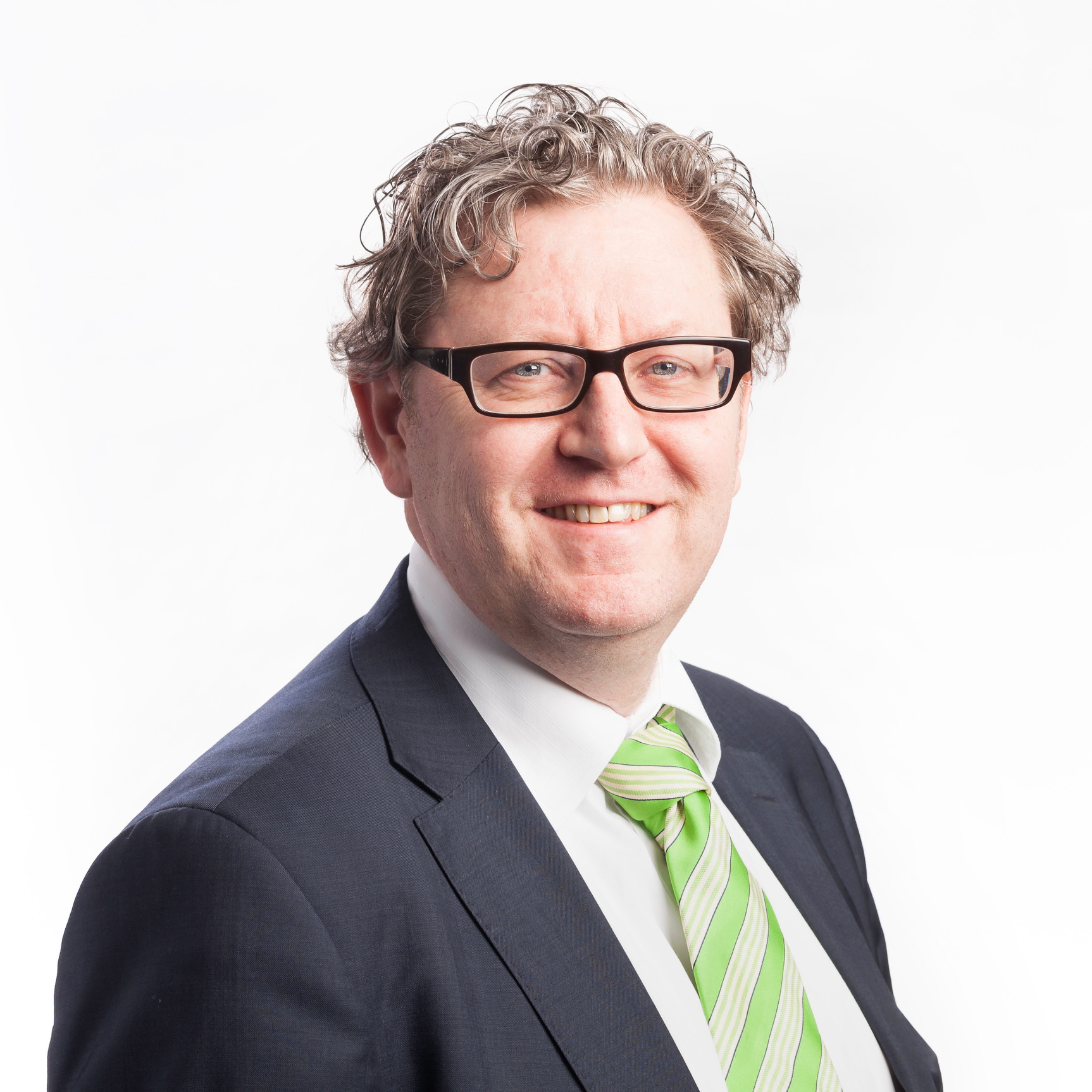 Drs. Ing. Patrick Cnubben (1965) studied Chemical Engineering at the Hogere Technische School Heerlen and Chemistry at the University of Amsterdam and has been employed successively by Pré Consultants, Philips, Energy Research Centre of the Netherlands, PricewaterhouseCoopers and Technology Center North Netherlands before his involvement within the Energy Valley Foundation and New Energy Coalition. Within the Energy Valley Foundation, which is now merged into the New Energy Coalition. He has been active in this domain for over 15 years now and is focussed on the realization of innovations and large scale investments in the field of green molecules enhancing amongst else the production and use of (biogenic) energy carriers such as Green Gas, (Bio)LNG and Green Hydrogen. The facilitation of business development – from idea generation through the realization phase towards the operational phase- with and within industrial clusters on subjects such as Green Gas, (Bio)LNG, Power to Gas, biomass conversion technologies and Hydrogen in the Northern-Netherlands is key. Patrick is member of several organizations such as a member of the executive board of the Dutch National LNG Platform which executes the public privately organized BioLNG Convenant as follow up of the Green Deal LNG Rhine and Wadden. Patrick is a member of the Advisory Committee for Physical Environment of the province of Drenthe, the Board of`Directors of European Research Institute for Gas and Energy Innovation (ERIG) and advisor to the Israeli-Dutch Innovation Center (IDIC). A large part of the current activity is aimed at promoting, realizing and extending the Northern Netherlands ambitions as the first Hydrogen Valley of Europe and connecting this development regional, national and international. 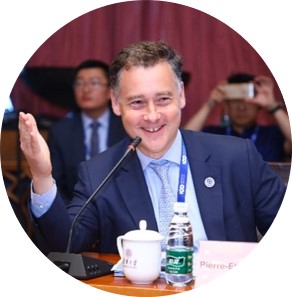 Pierre Etienne-Franc, a graduate from HEC Paris, is one of the most recognized Hydrogen experts globally. He has spent the last decade developing Hydrogen activities at Air Liquide and has recently created the first pure play hydrogen infrastructure fund.

Pierre-Etienne Franc joined the Air Liquide Group in 1995 as strategic analyst for the Group general management.

He then held several positions in large Projects Business Development, Operations General Management, Strategy and Diversification activities. Since 2010 he has been supervising the portfolio of advanced businesses and technologies companies of the Group, mostly servicing energy transition markets, which included Hydrogen Energy activities. In this position, he created the Air Liquide Venture Capital arm (ALIAD).

Since June 2017, he is Vice President, Air Liquide, Hydrogen Energy World Business Line, in charge of developing the full potential of Hydrogen activities for the Group worldwide.

He chaired from 2010 to 2016 Hydrogen Europe and The Fuel Cell & Hydrogen Joint Undertaking.

He co-founded & animated the Hydrogen Council as co-secretary since its inception up to the 31st of March 2021.

As of April 1st, he is taking the lead in the formation and management of Five T Hydrogen, a dedicated pure play hydrogen infrastructure fund. 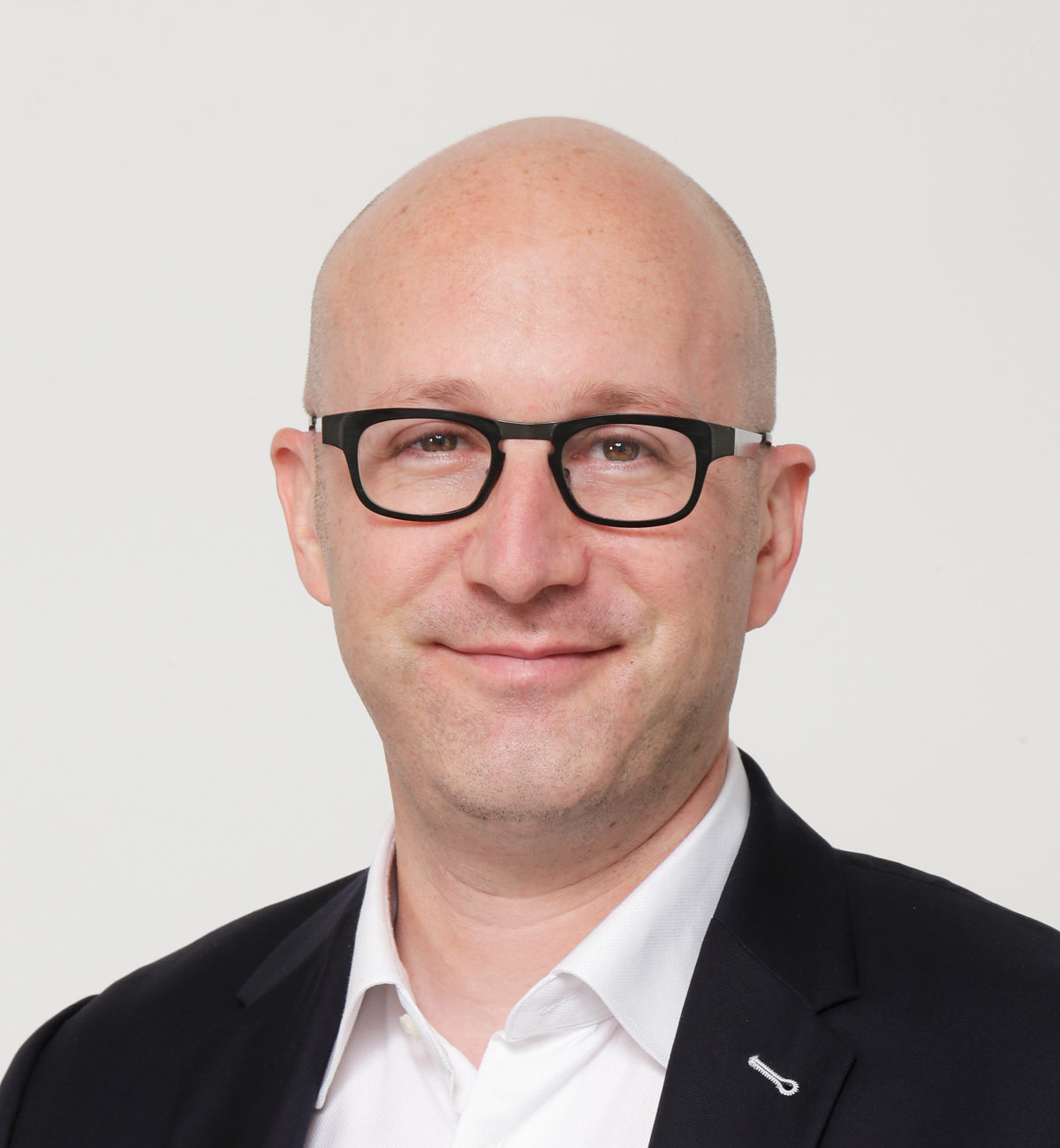 François GONCZI has been Regional Director of EDF Customer Division since October 2019, managing EDF Customer Division activities in two administrative regions “Grand Est” and “Bourgogne Franche-Comté” (~1.5bn€/y sales; 20% of the French territory). In those regions, he oversees power & gas sales and development of services mainly related to energy and decarbonation for the regional B2B and B2G Market.

Previously, François GONCZI was Chief Digital Officer of EDF Customer Division (B2B and B2C), in charge of the data science practice, the internal accelerator for digital projects, and digital transformation of the Customer Division. He was member of the board of Edelia, a software-as-a-service company for B2C customer engagement for utilities, Netseenergy, a company using IoT and algorithms to propose energy management services for buildings, and Sowee, a new generation electricity and gas supplier.

During the last 12 years, François GONCZI held various positions in EDF Group, as policy advisor for European affairs, head of the electrical system operator in Martinique, or business analyst in the optimization & trading division.

He is a graduate engineer from Ecole Polytechnique & Telecom Paris. 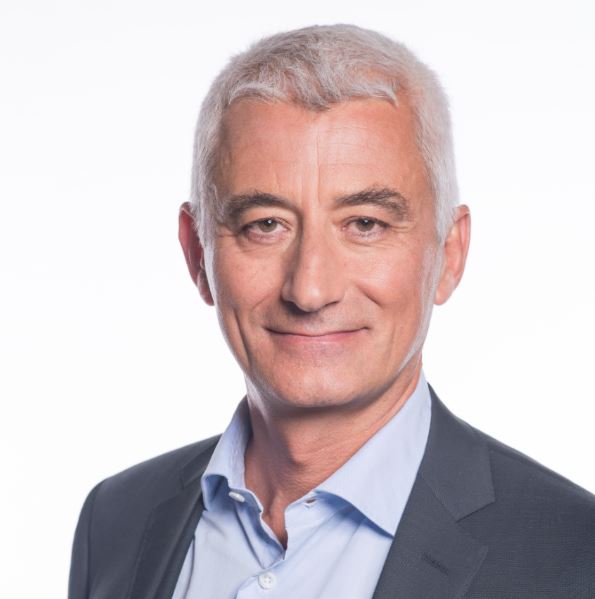 Thierry Lepercq (58) is a serial entrepreneur in energy. He recently founded DH2 Energy, a pioneer of mass-scale green hydrogen to compete with fossil fuels, which is developing a 10-GW project portfolio in Southwest Europe. He is the initiator of the HyDeal platform, which brings together 30 players across the value chain, aiming at delivering 1.5 €/kg green hydrogen before 2030. He is the author of Hydrogen is the New Oil and Mégavagues.

Thierry Lepercq was EVP Technology and Innovation at Engie from 2016 to 2018. From 2006 to 2016, he was the president of Solairedirect, a global pioneer of competitive solar power, which has developed and built 3 GW of capacity on four continents at prices as low as 20 $/MWh.

A graduate from HEC Paris, Thierry Lepercq started his career in technology financing. 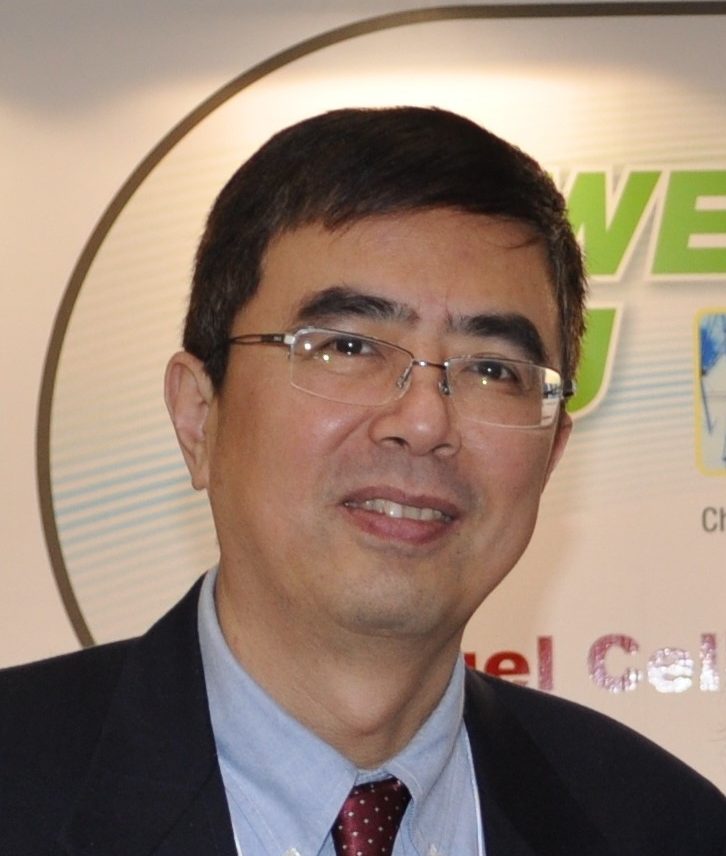 Bérangère and her team are developing and operating hydrogen activities for ENGIE Solutions since 2020. ENGIE Solutions is active in the co-development of mobility and industry ecosystems with local authorities and regional players.

Bérangère joined the ENGIE Group 10 years ago, in order to contribute to an energy and sustainable transition. She participated in the development of decentralized energy projects and customer solutions : industrial utility production plants, biomass boiler, fatal heat recovery etc.

To go further, find interviews, presentations and the latest information from the H2 sector.

Forum Hydrogen BFC · The Deployment of H2 stations in France

The Deployment of H2 stations in France Bérangère Préault, Director of hydrogen and electric mobility development - ENGIE Solutions highlights the French specificities as for example the mutualized H2 stations.